Peat is the accumulation of partially decayed vegetation and organic matter. Found in natural areas such as peatlands, bogs, and moors, peat has its many benefits. For example, peat bogs are excellent ecosystems, home to many plants, birds, and insects. Also, because it is under water, peat is one of the world’s most efficient carbon stores. Or at least it was.

For years, the UK’s peatlands have suffered terrible degradation and erosion, to the point where only 5-10% of the UK’s peatlands are in a near-natural state. Due to a number of reasons, such as overgrazing and trampling by farm animals, burning for livestock stock production, and historically, drainage of the bogs in an attempt to improve the land of forestry and agriculture (https://www.iucn-uk-peatlandprogramme.org/about-peatlands/peatland-damage), almost all peatlands are nearly destroyed. Yet, it is the extraction of peat which is causing the most harm to the UK’s environment.

Peat is a very popular product in the horticultural sector, because it’s easy to dig out and put into bags. Most bagged soils and compost contained peat for years, and many still do. The process of extracting peat however, emits about 10 tonnes of carbon dioxide into our atmosphere every year, that’s more than all the HGV’s driving on the road emit. Even though the UK now gets approximately 70% of its peat imported, the extraction of this is still affecting other countries’ climates and environment (https://www.gardenorganic.org.uk/peat). If peatlands were properly cared for, then they would be a great asset to fighting climate change, but now with most of them degrading, and the fact that it takes about a year to create just 1 mm of peat, we have to take steps ourselves to protect our environment.

In May 2021, the government announced that sales of peat compost to gardeners will be banned from 2024, and that £50 million will be used to support the restoration of 35,000 hectares of peatlands (https://www.theguardian.com/environment/2021/may/18/sales-of-peat-compost-to-gardeners-to-be-banned-from-2024). While that is still 3 years away, there are things that the everyday gardener can do to start becoming peat free. 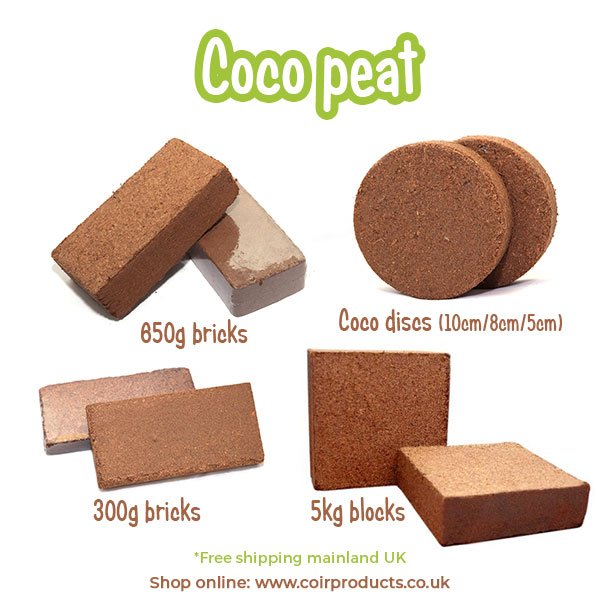 CoirProducts Coco Peat is a 100% natural and biodegradable multi-use growing medium that is the ideal alternative to peat. Made from the dust and fibres of the coconut husk, it is pre-washed and dried to remove any impurities or residue. Free from soil borne pathogens and weeds, Coco Peat has a neutral pH value between 5.7-6.5. With high air porosity and water retention, CoirProducts Coco Peat is one of the best peat-free growing mediums. Simply add the required nutrients for whichever plant, flower or crop you are growing and watch as they flourish. At CoirProducts, we make sure that every product is ethically produced and sourced to help keep your garden happy, healthy, and sustainable.

CoirProducts Coco Peat is available in a range of sizes. It can come in a brick shape at 300g, 650g, or 5kg. It is also sold in Coir Discs, which range from 5cm in diameter to 10cm in diameter, designed for those smaller potting jobs.

How to use CoirProducts Coco Peat: 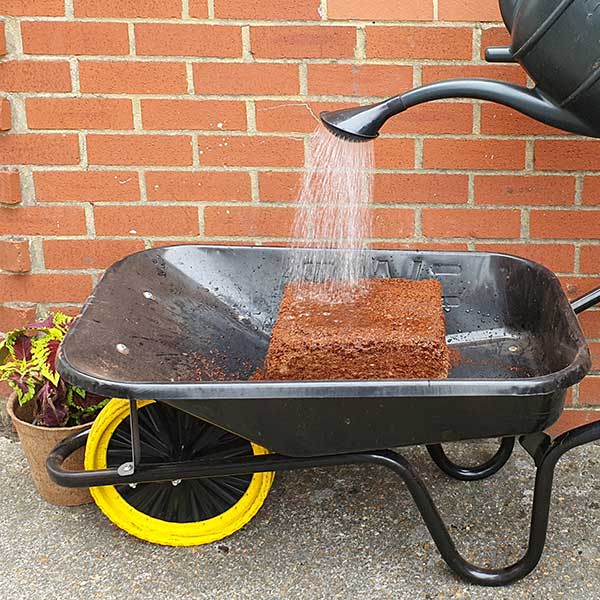 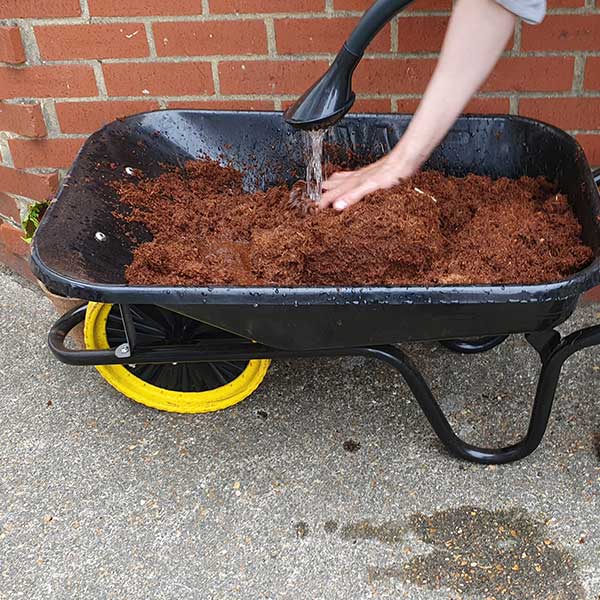 Coco Peat is the perfect substitute for peat-based composts, and it’s a renewable source as well! Our peatlands need to be looked after, and the horticulture consumption of peat is doing the opposite. Go peat-free with CoirProducts Coco Peat to take a step further in becoming more eco-friendly and more sustainable.

We directly oversee the production of our Coco Peat, making sure that it is ethically produced and sourced to guarantee a sustainably-made, eco-friendly growing medium. Working within and giving back to the community is an important value to us at CoirProducts. We are involved in the cottage industry back in Sri Lanka, providing fair wages and supporting women empowerment. We make sure that only ethical practices are being adopted in the production of our Coco Peat. As with all of our products, with every purchase, we donate a portion of the profit to Chestnut Tree House, a children’s hospice based in Sussex which cares for over 300 children and young adults.

This website uses cookies to improve your experience while you navigate through the website. Out of these, the cookies that are categorized as necessary are stored on your browser as they are essential for the working of basic functionalities of the website. We also use third-party cookies that help us analyze and understand how you use this website. These cookies will be stored in your browser only with your consent. You also have the option to opt-out of these cookies. But opting out of some of these cookies may affect your browsing experience.
Necessary Always Enabled
Necessary cookies are absolutely essential for the website to function properly. This category only includes cookies that ensures basic functionalities and security features of the website. These cookies do not store any personal information.
Non-necessary
Any cookies that may not be particularly necessary for the website to function and is used specifically to collect user personal data via analytics, ads, other embedded contents are termed as non-necessary cookies. It is mandatory to procure user consent prior to running these cookies on your website.
SAVE & ACCEPT
error: Content is protected !!
X